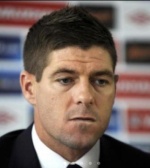 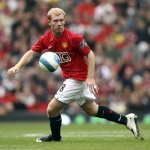 Chelsea and Manchester United, the Premier League's two representatives in tomorrow's Champions League final, owe creditors £1.5bn between them. According to the latest accounts of Chelsea Limited, the company which owns the football club, Chelsea owed £736m to all its creditors. United's accounts, also recently filed at Companies House, showed total creditors at £764m. Those unprecedented figures will fuel concern that at this time of English football's greatest club triumph its clubs are carrying too much debt.

Covering the year to June 30, 2007, Chelsea's accounts show that the club's largest creditor was the owner himself, Roman Abramovich, who had poured £578m into the club, not as a donation but as an interest-free loan. As stated by the chief executive, Peter Kenyon, in February, Chelsea did not owe "external debt" to any bank.

However, with Abramovich's £578m loan, introduced to sign players and pay wages since he bought the club in 2003, plus general amounts owed, taxes and some categories listed among creditors for formal accounting purposes, Chelsea's creditors stood at £736m in total.

Chelsea's director of communications, Simon Greenberg, confirmed that the £578m, described in the accounts as "Other loan", is indeed the loan from Abramovich. Greenberg reiterated that Chelsea has no "external debt" and pointed out that the creditors included season-ticket holders for 2007-08, whose money has technically to be treated as owed until the season is over, "and other normal operating creditors". The figure also included £36.3m still owed on a Eurobond taken out by Chelsea's previous owner, Ken Bates, in 1997. That, the last of Chelsea's "external debt", was then repaid last December.

Kenyon released headline figures from these accounts in February, highlighting that the club made a record turnover, £190.5m, and that its losses were down from £80.2m in 2005-06 to £75.8m last year. Kenyon said then that the club was in a healthy financial position, still aiming to break even by 2009-10, partly because it did not owe money to outside creditors and retained Abramovich's support. "With the company being external debt free and our ownership clearly demonstrating continuing commitment to the long term," Kenyon said, "I am very confident about the future."

United's accounts showed the club's total creditors at £764m. United does have "external debt" - £666m owed to financial institutions, including £152m to hedge funds - taken on by the Glazer family when they bought the club in 2005, then loaded on to United itself. While United's loans incurred interest of £81m last year, the loan to Chelsea by Abramovich is interest-free. Abramovich has funded Chelsea's extraordinary acquisition of stars and, although transfers showed a profit last year, he continued to allow Chelsea to be run at a substantial loss.

Kenyon's role is to transform Chelsea into a club which can survive on its own earnings. In February he acknowledged it was an "ambitious" target to aim to be self-financing by 2009-10 but the accounts bear out commercial progress in all areas. Having finished runners-up in the Premier League, won the FA Cup and League Cup and reached the Champions League semi-final, the club's sponsorship, match-day and media income all increased to push total turnover 25% up.

However, there is no doubt that the club remains wholly reliant on Abramovich's continued funding. Chelsea's chairman, Bruce Buck, has stressed that Abramovich "loves football" and will not "walk away" from Chelsea.

If the owner's enthusiasm were ever to wane, and Abramovich decided he did want his loan back, the accounts show that Chelsea would have 18 months to find the money. 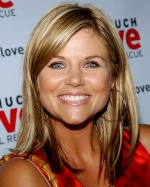